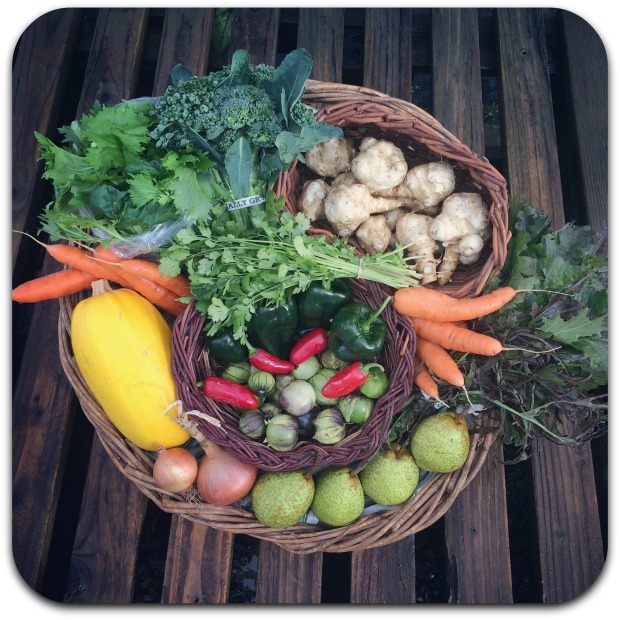 Welcome to the 24th week of the Pitchfork & Crow Summer CSA! Here’s what’s in the share: 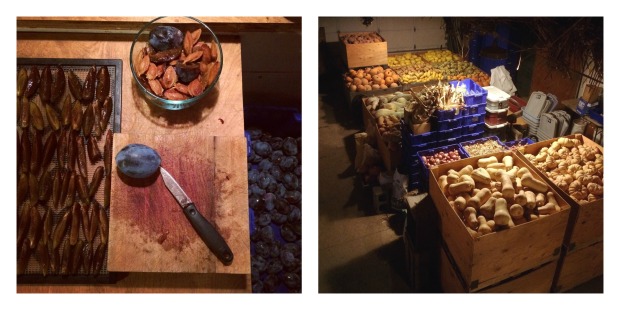 I heard a podcast episode this week that seemed appropriate to mention here.  It was a collaboration effort between two great podcasts: 99% Invisible, a design inspired podcast, and Gravy, a podcast of the Southern Foodways Alliance that usually focuses on food stories from the South.  This particular episode fell somewhere in between those two topics.  It explored the history of processed foods and the role the military had in bringing them to grocery store shelves as related in the book Combat-Ready Kitchen by Anastacia Marx de Salcedo.

When you think about it the connection seems obvious.  The military needs lightweight, long lasting, shelf stable, and preferably tasty food to send with troops in the field.  It seems logical that they’d share that food technology with the private sector in the hopes that if they needed to ramp up production for a large scale war, as happened in World War II, then the food industry would be ready with production systems already in place.  Finally, it seems easy enough to get the general public to consume these packaged foods given their convenience, availability, and tastiness.

That all said, the line that hit home went something like: They’re working to make the packaged foods more resemble fresh foods.  Not a direct quote, but you get the idea.  And it made me think, why not just eat the fresh foods instead?  We don’t need food that will last for 3 years on a shelf in our homes.  Which brings us around to the CSA and your decisions to eat the fresh foods available seasonally and to support our local farm instead of supporting the giant food companies serving up food technology instead of just food.  Good choices you!  There’s a lot more to the story in the podcast and I suggest you give it a listen, especially if you’d like to hear more about the possibilities surrounding shelf stable pizza. 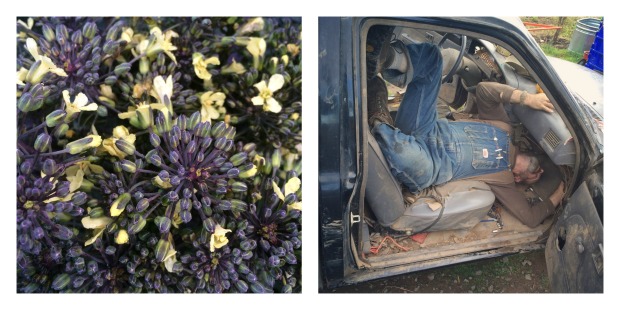 This week was a blur of activity on the farm.  Jeff and Tim finished up the apple harvest in the back orchard and began the epic sweet potato harvest. I endeavored to get on the plum drying (prune producing?) train.  We undertook a major organizing effort in the barn and managed to squeeze all 16 pallet bins of winter squash into what seemed like a full space with just 6 bins previously.  And Jeff managed to fix the heater switch in his truck and reassemble the dashboard without incident!  Perhaps the biggest accomplishment of the week.  There was also year-end budgeting and accounting and firewood stacking and more.  The week ahead will be much the same.  That’s fall on the farm.

Uncover skillet and cook, stirring occasionally, until water is evaporated and Jerusalem artichokes begin to brown and crisp, 8–10 minutes longer; transfer to a platter.

Add rosemary and butter to skillet and cook, stirring often, until butter foams, then browns, about 4 minutes.

Remove skillet from heat and stir in vinegar, scraping up any browned bits. Spoon brown butter sauce and rosemary over Jerusalem artichokes.

From Epicurious via Bon Appétit, http://www.epicurious.com/recipes/food/views/crispy-jerusalem-artichokes-with-aged-balsamic-51255110

Wrap squash halves in plastic wrap. Cook 1 at a time in microwave on high until tender, about 8 minutes. Pierce plastic to allow steam to escape. Cool. Meanwhile, sauté sausage, bell pepper, onion and garlic in heavy large skillet over medium-high heat until sausage browns and vegetables are tender, breaking up sausage with back of spoon, about 12 minutes. Mix in marinara sauce.

Preheat oven to 400°F. Arrange filled squash halves on baking sheet. Sprinkle each with 1/4 cup Parmesan. Bake uncovered until heated through, about 20 minutes (30 minutes if previously chilled). Cut each squash half in two and serve.

From Epicurious via Bon Appétit, http://www.epicurious.com/recipes/food/views/spaghetti-squash-with-sausage-filling-5673

From Epicurious via Bon Appétit by Molly Stevens, http://www.epicurious.com/recipes/food/views/spicy-stir-fried-chicken-and-greens-with-peanuts-241891 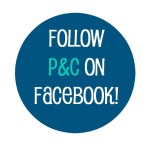