Many thanks to those folks who sent along kind words and thoughtful check-ins after last week’s newsletter.  My intention was to express the difficulty of farming at the height of the growing season, and evidently that message was heard.  So, yeah it’s hard, but we’re committed to bringing you the best produce we know how to grow.  Thanks for committing to eating it. 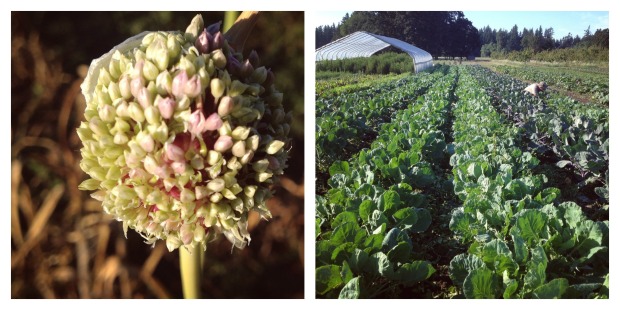 This week we continued our battle against the mid-season weeds.  The peppers and Brussels sprouts were the major targets and we knocked them out.  We also got a jump on the weeds in the tomatillos, and next successions of beets, lettuce, cabbage and broccoli.  Watch out leeks, carrots, and celeriac, you’re up next.

We also finished up the last bit of garlic harvest that had been lingering in the field.  What a seasonal milestone to have all of the garlic harvested and curing. 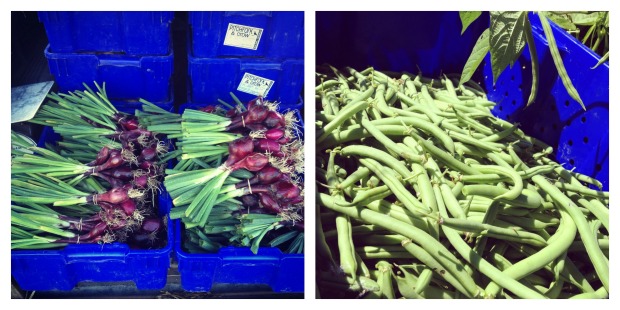 Can I just say that we love potatoes?  We love growing them, harvesting them, and eating them.  Call it a guilty pleasure, but you won’t find us giving up our potatoes any time soon.

We’ve noticed symphylan (similar to centipedes) pressure in areas of our fields over several seasons.  These creatures like to feast on root hairs which results in stunted crops where they are present.  Once their presence has been identified, there aren’t a lot of suggestions for reducing their pressure on crops, though we’ve heard growing potatoes can set them back.  This year we decided to give that idea a go and we planted our potato beds in the worst symphylan field we have.  As we begin to dig into the potato beds, we’ll be looking for symphylan action.  Hopefully whatever we decide to grow in this field next year will be happier for the effort.

From Epicurious via Bon Appétit, http://www.epicurious.com/recipes/food/views/Chilled-Cucumber-Soup-with-Smoked-Salmon-and-Dill-108433

In a steamer set over boiling water steam the beans, covered, for 6 to 8 minutes, or until they are just tender. While the beans are steaming, in a blender blend together the vinegar, the oil, the dill seeds, the chopped dill, and salt and pepper to taste. Transfer the beans to a serving bowl and toss them with the dressing.

From Epicurious via Gourmet, http://www.epicurious.com/recipes/food/views/Warm-Green-Bean-Salad-with-Dill-13312