Welcome to the 25th week of the Pitchfork & Crow Summer CSA! Here’s what’s in the share:

The rainy weather this week made for a perfect time to catch up on some accounting and look a little closer at some of our enterprises.  I’ve been meaning to pencil out the costs associated with our small chicken flock for sometime.  We’ve been taking between 6 and 9 dozen eggs to the Salem CSA pick-up for members to purchase for $4/dozen since August and I’ve had a suspicious feeling that we haven’t been covering our costs at that price.

Last spring we invested in a small laying flock of 30 chickens to replace an even smaller flock of older hens we’d dispatched last fall.  The chickens in the new flock were around two months old when we brought them home from the feed store.  On average layer hens begin laying eggs when they’re six months old, so we had four months to feed and house them before we expected to see any eggs.  We’ve just hit the nine month mark and as planned we’ve been in the egg selling business for about three months.  Having just invested in the next half-pallet of feed, it seemed like a good time to crunch the numbers.

After adding up feed costs and the initial cost of the birds, the numbers thus far suggest we should be charging $7.10 per dozen eggs.  There are a few things affecting that price though.  First, we’re not factoring in the coop at this point because we’d already built it several years ago.  Also, that price doesn’t reflect any labor costs associated with opening and closing the coop, collecting and washing eggs, feeding and watering the birds, driving to the feed mill to purchase feed, moving the coop and fencing to new pastures etc.

There’s a flaw in only calculating costs up to this point though.  Our investment in the laying flock was for the long-term.  By calculating costs now, we’re expecting the first 3 months of laying productivity to pay for the initial 6 months when the birds weren’t laying but were eating.  We can use the production numbers thus far to estimate expected costs and egg production for the next  year.  If we spread that initial non-production time over a longer period, the cost of each dozen comes down.  If we were to get out of the egg business today, we should have charged that $7.10 per dozen to cover our hard costs associated with this flock.  However, if we expect to have production through next year, the numbers suggest we should be charging $5.27 per dozen pre-labor and $6.85 after factoring in our time.   Note that this number would be even higher if we were trying to market the eggs in any other capacity, if we were paying fixed labor wages to an employee, or if we were investing in new egg cartons like other farms, especially those selling higher quantities of eggs, need to do. 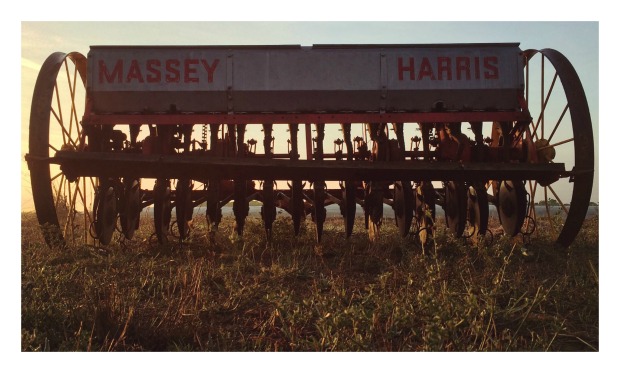 There are some added benefits to having chickens on the farm that are difficult to calculate.  They’re adding some fertility as they range around the pasture.  They’re also likely eating some weed seeds.  Plus, we like having them around.  Like the flowers we planted to fill out rows of vegetables, the chickens make us smile.

Although the hard costs associated with animals generally seem easier to quantify than costs for vegetable production (exactly how much did it cost to grow that rutabaga?), it’s not always as straight forward as it might seem.  We’d been thinking about expanding our layer flock, but for the time being we’re going to hold off.  Expansion would mean a new coop, which would bring the costs up that much more.  We’ll continue to bring the eggs we have to the Salem pick-up, but we’ll be increasing the price to $6 per dozen.  And we’ll also work to figure out how to bring the costs down on our end.

Position rack in upper third of oven and preheat to 425°F. Mix brown sugar, cumin, salt, pepper, and cayenne in a small bowl. Toss squash, fennel, and grapes with oil and half of spice mixture on rimmed baking sheet and arrange in a single layer.

Rub chicken thighs with remaining spice mixture and arrange, skin side up, on top of fruit and vegetables. Roast until skin is browned and an instant-read thermometer inserted into the thickest part of chicken registers 165°F, about 35 minutes; if chicken skin or vegetables start to burn, move pan to a lower rack to finish cooking.

Divide chicken, fruit, and vegetables among 4 plates and top with mint.

From Epicurious by Anna Stockwell, http://www.epicurious.com/recipes/food/views/sheet-pan-cumin-chicken-thighs-with-squash-fennel-and-grapes-56390000

From Epicurious via Bon Appétit  by Kay Chun, http://www.epicurious.com/recipes/food/views/squash-and-root-vegetable-slaw-51124270

Combine 8 cups water, beans, sage, and sliced garlic in large saucepan. Bring to boil; reduce heat to low, cover, and simmer until beans are tender, stirring occasionally and adding more water by 1/4 cupfuls to keep beans submerged, 2 to 2 1/2 hours, depending on age of beans. Add 1 teaspoon sea salt; simmer 10 minutes. Uncover and cool beans in liquid. DO AHEAD: Can be made 1 day ahead. Cover and chill in cooking liquid.

Add bread to soup and simmer, stirring often to break up bread into smaller pieces and adding more broth by 1/2 cupfuls to thin, if desired. Season with sea salt and pepper.

Divide ribollita among bowls, drizzle with oil, and serve.

From Epicurious via Bon Appétit by Anna Thomas, http://www.epicurious.com/recipes/food/views/ribollita-357309