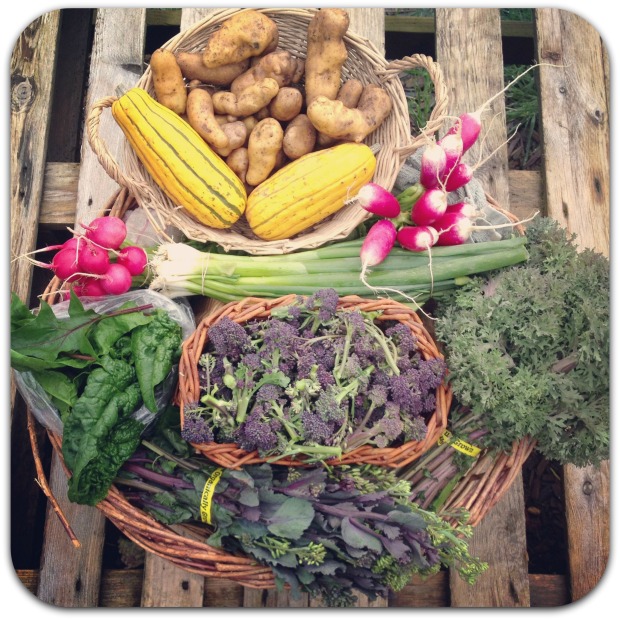 Welcome to the 10th week of the Pitchfork & Crow Winter CSA!

A few weeks back I took a call from a graduate student at OSU who is attempting to re-define success on small farms.  As with any small business, success on the farm is often determined by monetary standards.  What is the annual gross income of the business?  Is the annual gross income growing year over year?  When we looked for funding to buy the farm these are certainly the factors the banks and FSA were interested in.  This student thinks there may be more to success on a small farm than income numbers and I tend to agree.

Some of the questions asked during the interview had to do with community and how our farm defines and interacts with the community.  I found myself stating the obvious facts that our farm is based on direct-to-consumer marketing and wouldn’t be successful without the support of our eating community.  I spoke about our CSA program being the backbone of our farm and that support we receive from CSA members is greater than the payments we receive.  I also mentioned friendships that have developed between CSA members who met at on-farm potlucks and others who have kids in school or sports together and find another opportunity to chat at CSA pick-ups.  As you guys know, there really is community in this CSA model.

Though the weather has been much more forgiving thus far this spring compared to the past couple of years, we’ve gotten off to a rocky start.  We made a decision in February to purchase a bulk load of dairy manure-based compost for the soil mix we use to start seeds.  After a month plus of poor germination, re-sowing seeds, buying more seed, altering the ratio of our potting mix, blaming the cold weather, and generally having little success willing plants into existence, we finally purchased some new non-manure-based compost.  Now that we’ve re-sown everything from the past month we have near 100% germination rates across the board!

In general this is a good thing!  We’re going to catch up on the season.  Our spring germination rates are better than ever, now that things are actually growing.  We’re experimenting with sowing some crops directly into the field, like broccoli and cabbage, which we usually transplant out.  We’re learning invaluable lessons about timing and input purchases and yet we haven’t sabotaged the entire growing season.  All positive things!  The downside is that we waited long enough to correct course that we’ve lost the majority of our onion seedlings.

Onions are time sensitive and can’t get a late start and still be expected to bulb up nicely.  Upon realizing our situation we contacted our good friend Naomi of Naomi’s Organic Farm Supply in Portland inquiring after any leads on organic onion transplant sources.  She, being amazing, quickly set us up with 60 flats of healthy onions and leeks, replacing those we’d lost.  We owe her our entire allium season!

The last two weeks I’ve been thinking quite a bit about the community we’ve joined as farmers.  We’re lucky to be surrounded by a fabulous group of farmers and farm store owners!  We’ve chatted and visited with farmer friends about their germination rates, propagation situations, and potting soil mixes.  We’ve gotten advice from more experienced folks and commiserated with all of them.

Farming is a risky business.  There is no handbook or set of rules that will ensure success, no matter how you define it.  We’ve been reminded that we owe our community of eaters and our community of fellow farmers a little more credit for any success we have this year! 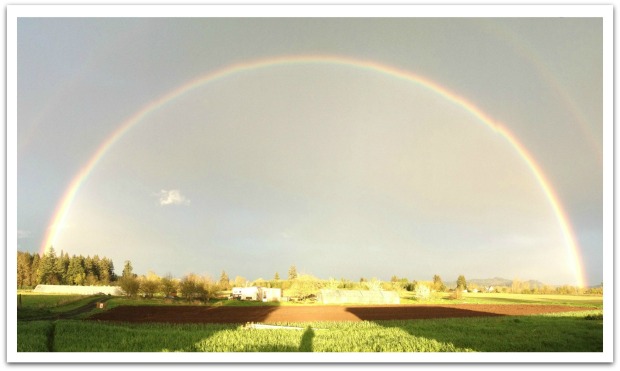 Enjoy the vegetables and we’ll see you in two weeks!

Whisk both vinegars and mustard in small bowl. Gradually whisk in olive oil. Season to taste with salt and pepper. DO AHEAD: Dressing can be made 1 day ahead. Cover and refrigerate. Bring to room temperature before using.

Cut chiles in half lengthwise; discard seeds. Using scissors, cut chiles crosswise into 1/4-inch strips. Pour enough canola oil into large skillet to reach depth of about 1/8 inch; heat over medium-high heat. Add chiles and fry until beginning to crisp, about 45 seconds. Using slotted spoon, transfer to paper towels to drain. Add pepitas to same skillet and fry until golden brown and crisp, 1 to 2 minutes. Transfer to another set of paper towels to drain. Sprinkle chiles and pepitas with salt. Cool completely. DO AHEAD: Can be made 1 day ahead. Store airtight at room temperature.

Using grating disk on processor, grate radishes. Place in strainer set over another bowl; drain 15 minutes. Transfer to small bowl lined with paper towels. DO AHEAD: Can be made 8 hours ahead. Cover; chill.

* Available at some supermarkets and at specialty foods stores and Latin markets.

Place radishes in medium bowl of ice water and chill at least 30 minutes and up to 2 hours. Drain radishes and slice thinly.

Sauté sausage slices in heavy medium saucepan over medium-high heat until beginning to brown, about 3 minutes. Add chicken broth, sliced potatoes and white wine and bring mixture to boil. Reduce heat to medium, cover and simmer until potatoes are almost tender, about 10 minutes.

Add kale and caraway seeds to soup. Simmer soup uncovered until potatoes and kale are very tender, about 10 minutes longer. Season soup to taste with salt and pepper. Ladle soup into bowls and serve immediately.